What is the difference between corn and flour tortillas? Tortillas are a delectably yummy staple in Mexican cuisine. They are a fundamental part of so many delicious Mexican dishes, from tacos to burritos to quesadillas to enchiladas, tortilla chips, fajitas, oh the list goes on and on!

Corn tortillas are seen as more authentic to Mexican dishes, corn has been a staple ingredient in Mexican cooking for thousands of years. Wheat, on the other hand, has only been around since the Spanish brought the crop with them when they arrived in the Americas. Corn tortillas are found all over Mexico and Central America while flour tortillas are generally only found in the northern part of Mexico and the USA, where they are a popular part of Tex-Mex cuisine.

So, who wins in the Corn vs. flour tortilla battle? Corn tortillas do offer many more health benefits than flour tortillas, it all just boils down to which taste and style you like the most! Whichever one it is, enjoy them!

← Prev: The Difference Between Queso Fresco and Cotija Cheese 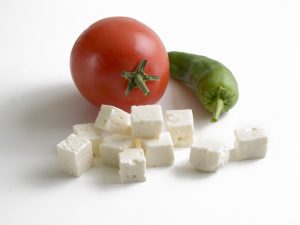 The Difference Between Queso Fresco and Cotija Cheese

Many of us love cheese. Who doesn’t? Its combination of taste and flavors makes us want more of it. It’s considered a form of concentrated dairy; it creates a sensation of rich flavors. Many love adding it to their dishes to give it more flavor and texture. Cheese is...

Mexican cuisine is one of the most popular dishes in the world. In fact, according to CHD Expert, Mexican food is the 3rd most popular menu type in the US; taking 8 percent of the total national restaurant landscape. It is full of flavor; with the country’s culture... 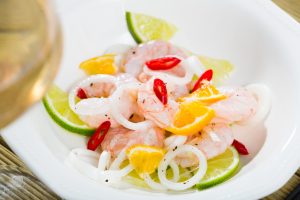 Food is something many people bond over no matter which season. Mexican dishes are as sunny and warm as their summer weather. Chicken quesadillas, burritos, guacamole, tacos, plus feisty, staple drinks, and more. While Mexican food can be eaten all year round, there...